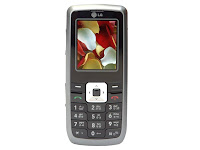 LG has launched the LG KP199.It comes with a high-capacity standard Li-Ion 1300mAh battery providing talk time duration of upto 10 hours & stand-by time of upto 880 hours. The LG KP199 also features a 60 MB internal memory which can be extended upto 2GB with a microSD(transFlash) memory card. There is USB port for synchronization with PC and a Bluetooth 1.2 module. The model is also equipped with FM tuner, MP3 player and speakerphone function.

The important feature of phone is Anti Theft Mobile Tracker. If the phone is lost or stolen and the finder tries to insert any other SIM, the phone automatically sends out messages on two pre-stored numbers, and the receivers will know the location and the number of the SIM inserted in the phone. Apart from this the phone sends the messages to the two numbers after every 12 hours or whenever the phone is used.